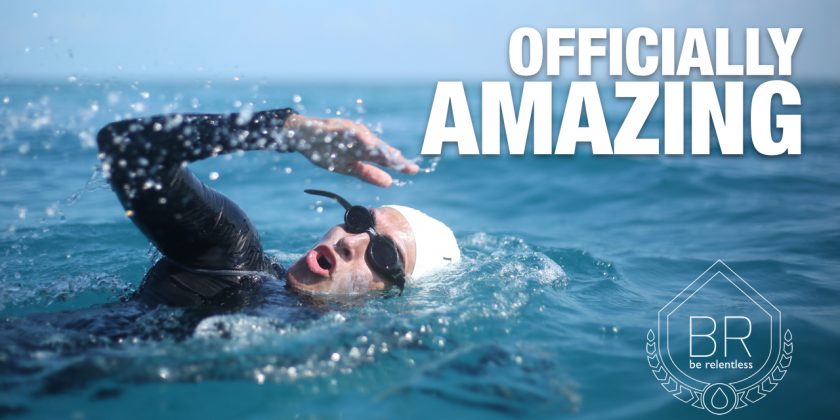 Support the project at www.GoNorma.org

Norma Bastidas, a 47-year-old mother of two, extreme athlete and tireless advocate for exploited and abused women and children, has been named the world record holder for the longest triathlon by Guinness World Records.

The previous world record for the longest triathlon listed by Guinness World Records was by David Holleran of Australia, who completed a triathlon of 26 mile (42 km) swim, 1242 mile (2,000 km) cycle and 310 mile (500 km) run (total 1,579 miles) in 17 days, 22 hrs, 50 mins., in 1998. In order to confirm Norma’s triathlon as the official World Record, Guinness World Records scoured hundreds of hours of video footage, GPS data, photos, and eye-witness testimony that had been collected along the route.

Bastidas was accompanied along the route by a documentary team from iEmpathize, a non-profit organization combating crimes against children. A resulting binational, bilingual, feature-length film is in production by iEmpathize and will be released in 2016. Titled Be Relentless, the documentary will feature not only her story, which includes being a survivor of sexual violence, but the stories of human trafficking survivors and victims, and their advocates in both the United States and Mexico. Bastidas’ goal for the ultra-triathlon was to empower survivors of human trafficking and domestic abuse everywhere.

“I believe Norma not only accomplished an extraordinary athletic feat but her goal of empowering survivors as well,” said Brad Riley, founder and president of iEmpathize. “Her triathlon has caused people to re-think their perceptions of ‘survivors,’ and what they can accomplish. It’s also inspired people everywhere to work to achieve their goals, regardless of what their pasts hold. When the documentary is finished, it will continue this mission and also educate people about the issue of human trafficking. Be Relentless will call the world to action to fight the issue …‘If Norma can swim, bike and run 3,762 miles to fight human trafficking, what can I do?’ ”

iEmpathize plans to screen the documentary widely, both in the United States and Mexico. Be Relentless will promote iEmpathize prevention programs, the UN’s Blue Heart Campaign, and national hotlines in both countries. Proceeds from the documentary will go to scholarship funds for survivors.

Riley commented, “While the triathlon has ended, the Be Relentless movement, designed to unite people in two nations like never before in the fight against human trafficking, is just beginning. iEmpathize and Norma will partner together in this movement.”

BE RELENTLESS WITH US

Every day for 65 days, Norma fought the battle of a lifetime against exploitation. And the journey isn’t over. The commitment of every sponsor also brings us one step closer to our goal of finishing Be Relentless, and eradicating human trafficking.

Now it’s our turn—how will you Be Relentless in the fight against human trafficking?

iEmpathize is a human rights non-profit dedicated to combating crimes against children. Our mission is to eradicate child exploitation and inspire cultural shifts towards empathy and engagement. We work in prevention, intervention, aftercare, and advocacy, with most of our work focused on the US and Mexico.